A Communication and Media Studies instructor has written a new children’s book that uses the popular genre of princess stories to help empower young girls. 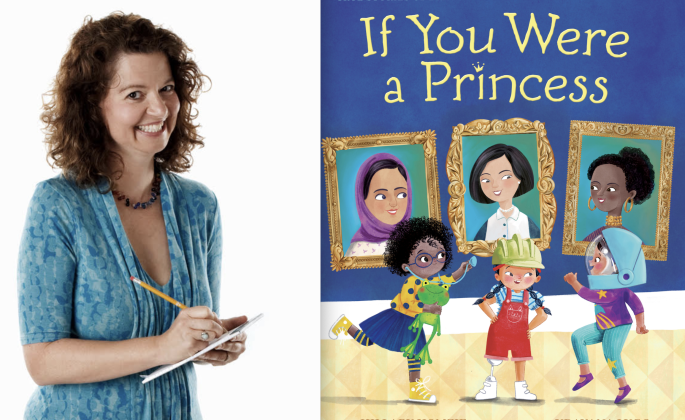 Hillary Homzie says she used a non-traditional approach to the subject in her book “If You Were a Princess: True Stories About Brave Leaders from Around the World”.

“It’s an uplifting nonfiction picture book (for kids ages 3-8) about real princesses, past and present, as three girls wonder what it would be like to be princesses themselves,” Homzie said. “Through the facts and profiles of real-life princesses woven throughout, they become empowered to try to make a difference within their own communities.”

Homzie, who also serves as Internship Director for the School of Arts and Humanities, found inspiration for the topic from her own childhood.

“When I was six years old, my family lived below the ruins of Harold of Hastings' castle in Sussex, England. It made me curious about the lives of the inhabitants, and from there I developed a lifelong fascination with royal families and especially princesses,” she said.

The book is filled with little-known but inspiring stories of achievement. There is the princess from Saudi Arabia who, after losing her mother at a very young age, found healing through a love of sports, became a high-level athlete and now serves on the International Olympic Committee. There’s also the story of a princess from Iraq with a PhD/MD who has been a cancer researcher at Harvard and founded the United Nations International Day for Women and Girls in Science.

“My previous 16 books have all been for older kids, so this project is a departure for me. At the same time, delving into non-fiction is a return to my journalistic roots,” Homzie said. “It’s so much fun to do this as I love research and pursuing nuggets of glittery information.”

The book will be released October 18, and can be purchased through independent bookstores such as Copperfields, or online sites such as bookshop.org, Amazon.com and barnesandnoble.com. You can learn more about Homzie’s series of children’s books at her website, hillaryhomzie.com