A new Communication and Media Studies student with a passion for baseball is already busy working toward a post-college media career and attempting to make history while here on campus. 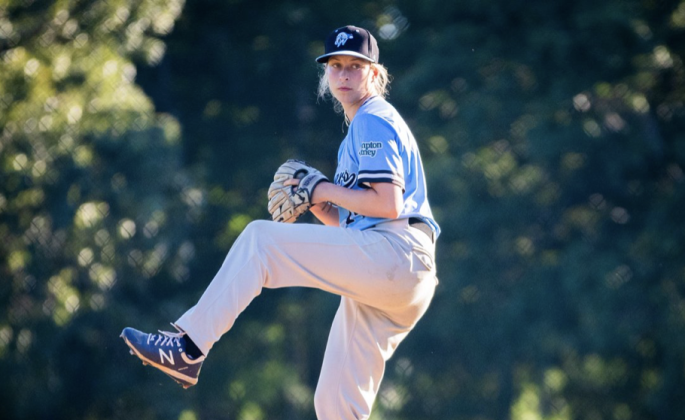 Marika Lyszczyk, who hails from British Columbia, Canada, is a newly-arrived transfer student at Sonoma State University. This semester she will be trying to become the first female to make the roster for the SSU baseball team.

“I realized that I wanted to pursue baseball instead of softball when I was 11 years old…My family was beyond supportive of me following my dream even though they had no idea what the future would hold,” she said.

Lyszczyk was a successful high school baseball player, but pursuing her dream of playing college baseball hasn’t been without its obstacles, including rotator cuff surgery.

“Taking this past year off due to rotator cuff surgery really challenged and pushed me the hardest yet to come back and come back strong,” she said. “Not only did it make my arm stronger again it made me stronger as an individual and I proved to myself that I can overcome anything I put my mind to.”

In an effort to rehabilitate and strengthen her abilities, Lyszczyk just finished a stint playing summer ball in Sag Harbor, New York.

“I sharpened my skills on the field by getting to pitch twice a week in relief. This has been an amazing experience getting to play with and against division 1,2 and 3 players from all over the country,” she said.

But Lyszczyk is sharpening her skills in other areas as well. She was hired last May as a content creator for Major League Baseball. She hopes to build her media skills in the SSU Coms Department.

“It was a blessing getting one foot in the door at such a young age and hopefully making a name for myself with quality content and high work ethic,” she said. “I am hoping to learn more about editing videos and talking more in front of a camera and asking open ended questions and making quality long interviews seem seamless.”

While Lyszczyk’s future with SSU baseball is yet to be determined, she is grateful for the opportunity and likes being on the Sonoma State campus.

“I am beyond excited to come to SSU and compete on the baseball team and hopefully make the spring roster. I am excited to be pushed to the next level but also learn from the people around me. The culture is amazing, and I couldn’t have asked for a better program to give me this opportunity to compete for a position among the guys.”