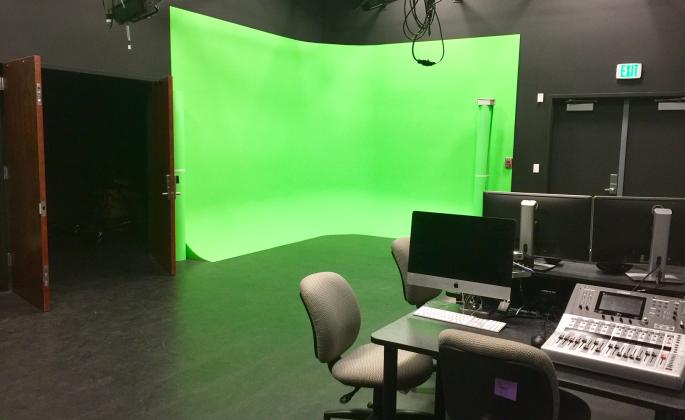 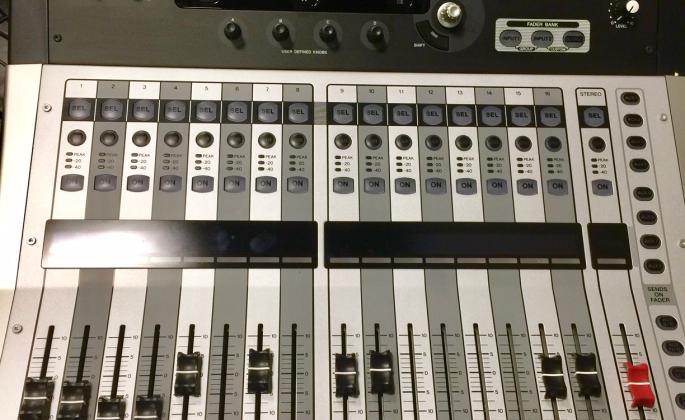 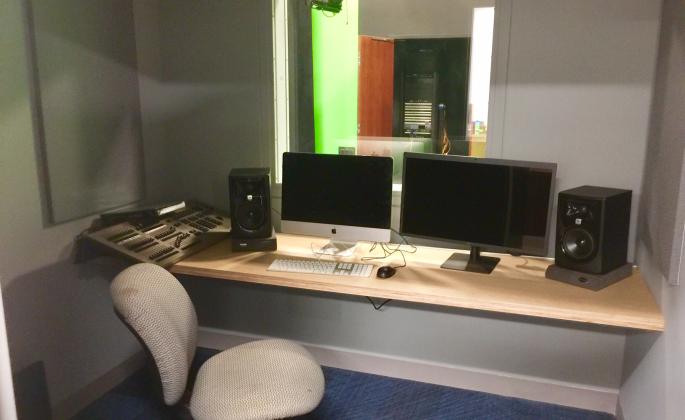 Many students may not know it yet, but the Communication and Media Studies Department has taken an important step into its future.

Work has been completed on the department’s new Media Innovation Lab, located on the ground floor of Salazar Hall. The space was slated to open to students after spring break. But the Covid-19 crisis shut down all CSU campuses in mid-March.

“I know some of our seniors were disappointed that they weren’t able to give the new facility a ‘test run’ before graduating, and so am I,” said Professor Ed Beebout, chair of the Coms Department.

“But I’m excited for the day when campus finally does reopen. Our students are going to love the new space."

The studio portion of the lab includes a soundstage, edit bays and an audio production booth. It will support numerous video production courses as well as Studio Blue, the department’s student-run visual media outlet

Hollis Robbins, Dean of the School of Arts and Humanities, said the new facility is an important step in the Coms Department’s growing film and video production offerings.

“Our new space will feature state of the art sound and video editing technology to give our students hands on experience, preparing them for a variety of careers,” Robbins said.

The Media Innovation Lab also includes a meeting room next to the main studio which will be the new home to two of the department’s other student-media outlets, Primitivo PR and the Star newspaper.

“I’m hoping bringing some of our student outlets together in the Media Innovation Lab will lead to some exciting collaborations and learning opportunities,” he said.

“For instance, if Primitivo has a client who needs a video presentation, they’ll have the tools at their disposal. The Star could produce online video content to complement their newspaper, and KSUN radio could use the audio room to produce podcasts.”

The Media Innovation lab project was conceived two years ago after Beebout submitted a proposal to the provost asking for new studio space to replace the nearly 60-year-old space they had been using. That space is being permanently shut down as part of the Stevenson Hall renovation project.

Both Beebout and Robbins are grateful for the university’s support for the project.

“We are investing in future journalists, filmmakers and sound engineers,” Robbins said.