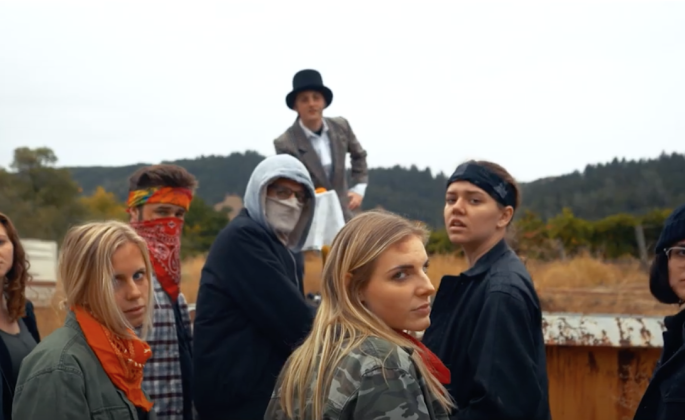 Ryan Harvey, a 2020 graduate of Communication and Media Studies, has won national recognition for the Campus Movie Fest film he wrote and directed during his final year at SSU.

The film “Citrus Dawn” was awarded Best Comedy at the recent Terminus Film Festival. Terminus is the world’s largest student film festival and is sponsored by Campus Movie Fest, which holds an annual film competition on campuses across the U.S. every fall.

Harvey’s film was also nominated for Best Picture and Best Director (Harvey). It’s the first time a film produced by an SSU student has placed first in a national competition.

“Taking home a win at the national level has always been a dream for our team. We feel that we really helped to elevate Sonoma’s recognition as a powerhouse at this festival over the past few years, so this was really the perfect sendoff for our CMF career,” Harvey said.

“Citrus Dawn” tells a post-apocalyptic story of a small band of people whose survival depends on maintaining a steady supply of citrus fruit.

The win was announced at the annual Terminus festival in late June, which was held online due to the ongoing Covid-19 crisis. Comedian Patton Oswalt presented the award to “Citrus Dawn.” Harvey hopes the win will help current Coms students recognize what they’re capable of.

“We’re all really excited to see how Sonoma continues to compete in the future. I know we’ll see some great things,” he said.

You can watch “Citrus Dawn” in our “Spotlight” section on this website.